The share of private sector funding, relative to public sector funding, for drug, vaccine, and diagnostic research & development (R&D) differs considerably across diseases. For example, the 2015 G-Finder report notes that while most funding for health R&D worldwide comes from private sources, private industry only funds 15% of health R&D for neglected diseases (defined in the report as diseases that disproportionately affect people in low and middle income countries, for which there is a need for new products, and for which there is an insufficient commercial market to attract R&D by private industry). A recent report from the Center of Technology Innovation at the Brookings Institution finds that private sector investment in overall health R&D exceeds $150 billion annually, but is largely concentrated on non-communicable chronic diseases with only an estimated $5.9 billion focused on diseases that primarily affect low and middle-income countries (LMICs).

EPAR reviewed the literature on factors affecting private sector investment in health R&D, with a focus on investment in “global health R&D” targeting diseases primarily affecting low- and middle-income countries (LMICs). A previous blog post summarizes the evidence from this review focusing on five private sector disincentives: (1) scientific uncertainty; (2) uncertain, unstable, or weak policy environments; (3) limited revenues and market uncertainty; (4) high fixed and sunk costs; and (5) downstream rents from imperfect markets (the notion that market power can allow some firms to purchase rights downstream at a lower cost than investing in upstream R&D themselves, all else equal).

Partnerships are common across all phases of preclinical and clinical research. The most common type of partnership discussed in the literature is between a private firm and a public institution, known as a public-private partnership (PPP). Global Health PPPs are an agreement between a private, for-profit firm and a public organization where parties participate in collective decision-making and philanthropic organizations may or may not also be involved. One particularly common type of public-private partnership is product development partnerships (PDPs), where a public, philanthropic, or not-for-profit organization provides funding and support to a private for-profit company to develop a particular health product. A recent review by Tideline finds that PDPs help to address the limited commercial incentive for private investment in global health R&D, and engage the private sector in R&D for diseases more prevalent in LMICs that they may not otherwise have pursued.

Other partnerships include those between private firms and academic medical centers (AMCs), which generally provide research capabilities rather than funding. AMCs may also be involved in PPPs and PDPs. Contract research organizations (CROs) are private firms that conduct research, usually defined by a contract with a pharmaceutical company, though CROs also partner with PDPs and PPPs. Private health R&D companies may also partner with another private firm (private partnership), and with a philanthropic organization (philanthropic-private partnership). Figure 1 illustrates the types of partnerships mentioned across 89 sources discussing partnerships in health R&D. PDPs, for example, are mentioned in 64 sources.

Figure 1: Number of sources that mention partnerships by partnership type.

In addition to partnerships, some pharmaceutical companies have turned to restructuring and mergers and acquisitions (M&A). Thompson Reuters reports that pharmaceutical company deals in 2015 increased by 94% over the same period a year ago, and were at the highest level since 2009. R&D Magazine’s 2016 Global R&D Funding Forecast reports that mergers and acquisitions are often justified based on efficiency in economies of scale or scope (across products and activities). In response to industry restructuring, however, some companies have cut investments in R&D spending. One source argues that restructuring allows private companies to reduce R&D costs and make up for reduced earnings from patented drugs. Another article reports that after mergers and acquisitions, larger firms are able to focus on later phases of research which have larger chances of success, while smaller firms conduct earlier phase trials.

Our review finds that the literature consistently views partnerships – both within the private sector, and those spanning the private, public, and philanthropic sectors – as effective mechanisms to overcome disincentives and increase private investment in global health R&D. The reported benefits of these partnerships include sharing of knowledge/expertise, pooling of available capital to offset the high entry and fixed costs of R&D, and risk mitigation. A recent study of PPPs and emerging technologies for diseases of poverty argues that through PPPs, firms can spread risk more easily over several parties and projects instead of incurring those risks alone. Certain partnerships allow firms to enter product development after Phase 2 trials, when overall risk from an R&D effort is reduced relative to early stage research, and finish development of a product.

According to a 2012 WHO report, partnerships have significantly increased the number of drugs, vaccines, and diagnostics in development for diseases in LMICs and are important to overcoming bottlenecks in R&D for neglected diseases. A WHO bulletin states that in the past, vaccines were developed through private investments geared towards high-income countries, with benefit to LMICs only from a “trickle down” effect. In contrast, the PPP model aims to incentivize private companies to develop vaccines specifically for LMICs. Vaccine development targeting diseases more prevalent in LMICs is often funded by public and philanthropic sources, but several sources report that partnerships induce private R&D investments in these diseases which they might otherwise ignore. 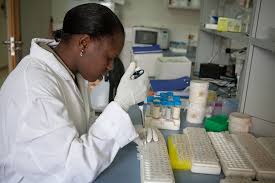 A World Health Organization (WHO) report asserts that funding through public-private product development partnerships (PDPs) is “the only mechanism that stimulates early and sustained involvement of multinational pharmaceutical companies” (p. 57) in neglected disease R&D. A recent Tideline study finds that PDPs use public and philanthropic funds to engage the pharmaceutical industry and academic research institutions to invest in R&D for diseases affecting LMICs. One example of a successful PDP case highlighted by the Tideline study is PATH’s PRV-linked investment in hookworm R&D. Clarus, a leading life sciences venture capital firm, and the Global Health Investment Fund (GHIF), a philanthropic organization, jointly invested $25 million to support the continued development of a potential improved treatment for hookworm infection. With the investment, PATH will seek FDA approval for the hookworm treatment as a first step to mass deworming campaigns in LMICs where hookworms cause significant morbidity. The treatment will be eligible for a priority review voucher (PRV), a policy tool for some neglected or rare diseases designed to incentivize investment by expediting a regulatory approval decision from the Food and Drug Administration. According to the terms of the partnership, a portion of the sales returns will be dedicated to ensuring access to the treatment in LMICs and another portion will be earmarked for additional R&D for neglected diseases.