Land tenure refers to a set of land rights and land governance institutions which can be informal (customary, traditional) or formal (legally recognized), that define relationships between people and land and natural resources (FAO, 2002). These land relationships may include, but are not limited to, rights to use land for cultivation and production, rights to control how land should be used including for cultivation, resource extraction, conservation, or construction, and rights to transfer – through sale, gift, or inheritance – those land use and control rights (FAO, 2002). In this project, we review 38 land tenure technologies currently being applied to support land tenure security across the globe, and calculate summary statistics for indicators of land tenure in Tanzania and Ethiopia.

Land tenure security – i.e., the level of confidence landholders have in their land rights – depends on the ability of informal and formal institutions to enforce those land rights and prevent others from challenging them (Feder & Feeny, 1991). In low and middle income countries land tenure security has been linked to improved land management including greater investments to improve land and agricultural productivity (Deininger & Jun, 2006; Deininger, Ali, & Alemu, 2011; Ali, Deininger, & Goldstein, 2014; Lawry et al., 2017). Having legal documentation in particular has been associated with a greater sense of ownership over land, increases in land productivity and capital investments associated with land, and in some cases additional financial opportunities such as access to credit for landholders with formal land titles (Deininger, Ali, & Alemu, 2011). But in spite of the widely recognized benefits of land tenure security more than 70 percent of the world’s population – and in particular many poor and vulnerable populations including ethnic minorities, smallholder farmers, and women – still lack access to formal systems to register their property and receive legally recognized land titles (Place, 2009; Enemark et al., 2014; Mitchell et al. 2016).

Second, we calculated summary statistics for indicators of land tenure from the World Bank’s Living Standards Measurement Study – Integrated Surveys on Agriculture (LSMS-ISA) for three survey waves for Tanzania (2008-09, 2010-11, and 2012-13) and the two most recent waves for Ethiopia (2013-14 and 2015-16). We present data at the plot, household, and community level. The summary statistics illustrate differences in land tenure by gender of plot manager or head of household, as well as differences across survey waves and countries. A second set of summary statistics focuses on the differences by gender for plot ownership and certification and expands the sample of countries to include all three waves of LSMS-ISA data from Nigeria as well as a fourth wave from Tanzania and a third wave from Ethiopia. The code to generate these summary statistics is available in a public GitHub repository. We also developed an interactive visualization of plot ownership data that displays breakdowns of plot ownership by gender and for different subpopulations. 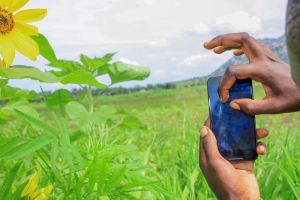