Providing Legal Identity to All

There are more than 1.1 billion individuals without official proof of identity throughout the world today, according to the World Bank’s Identification for Development (ID4D) program. The World Bank estimates that 78% of these individuals live in Sub-Saharan Africa and Asia, and 40% are under the age of 18; lack of gender-disaggregated data makes it difficult to determine whether women and girls face particular challenges in obtaining official identification.

A recent blog post by The National cites recent findings from experts at the World Bank, UNICEF, and Plan International about the challenges those without ID face. For example, families with children without birth certificates may encounter difficulties when trying to enroll these children in school. Individuals without official identification can also struggle to access financial services, social benefits, and healthcare.

Initiatives such as the World Bank’s ID4D program and Plan International’s Count Every Child initiative work to provide identification to vulnerable groups, so they can take advantage of social programs, exercise their right to vote, and access financial services, among other benefits. These efforts are in line with the Sustainable Development Goals (SDGs), target 16.9 “Provide legal identity to all, including birth registration, by 2030.” 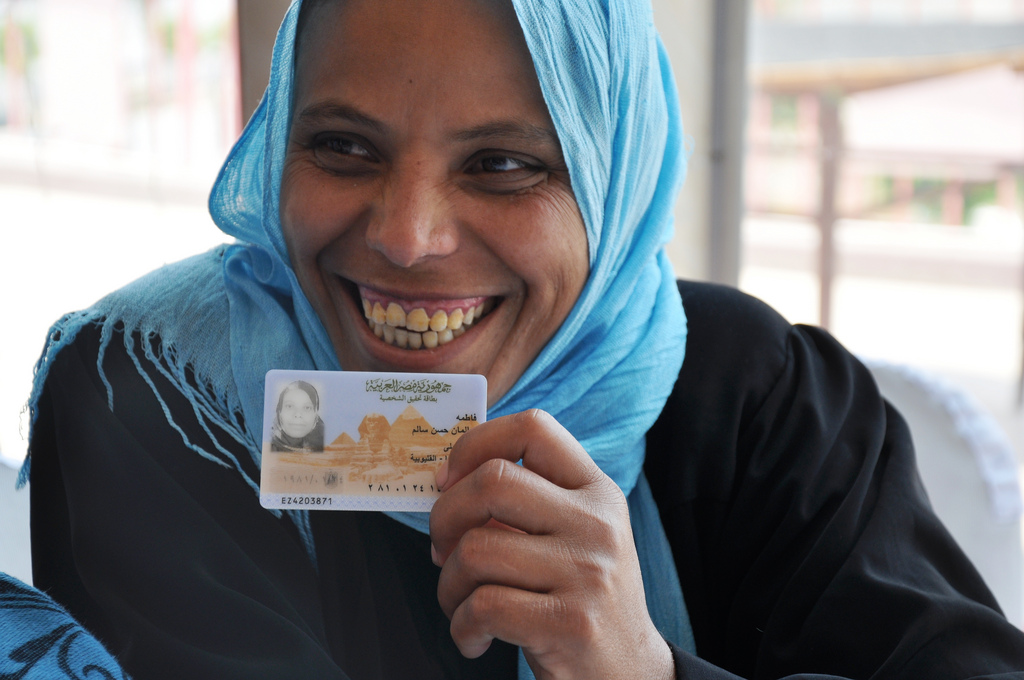 As part of these efforts, many low- and middle-income countries have implemented new national ID card programs in the past decade. EPAR conducted a review of 42 national ID card programs across low- and middle-income countries to identify relevant trends for policy makers interested in expanding access to legal identity. EPAR Research and Strategic Initiatives Manager Pierre Biscaye presented this research at the 2017 Data for Policy Conference in London this summer.

The report focuses particularly on challenges faced by governments in implementation of national ID card programs. Many countries have had difficulties enrolling rural and more remote populations; we also find evidence of challenges in enrolling poor populations, women, and minority groups. The challenges include costs of reaching these populations, lack of understanding by these populations of the benefits of enrolling, and cultural or administrative barriers that prevent certain groups from registering.

These findings echo those of the World Bank ID4D program. The World Bank reports that problems with official documentation are particularly acute among populations that face poverty, discrimination, epidemics, or armed conflicts, and that live far from government services, and highlights challenges in informing parents about the importance of birth registration and concerns relating to political climate and discrimination.

While these difficulties complicate efforts to provide legal identity for these more vulnerable populations, EPAR’s report finds that many recent digital national identity programs have been introduced with the goal of increasing the proportion of the population with an official ID. The World Bank ID4D program similarly expresses hope in the power of digital identification, through advances in biometrics, data management, and mobile connectivity, to provide legal identity to all.

Explore EPAR’s findings on national ID card programs with our interactive data visualization or read the Data for Policy brief.